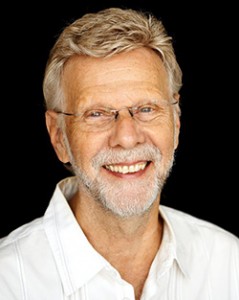 Eric Morris has been teaching his unique acting system in Los Angeles, New York, all over the United States, and around the world for fifty three years. His approach to acting is to teach actors “how not to act” but to become “professional experiencers” which means that instead of imposing emotional behavior they must experience in reality what the character is actually experiencing in the material. This is accomplished by using their own life experiences as choices to address and fulfill the life experiences of the character in the piece. His inherent passion for reality and truth have resulted in the development of his system. While his techniques are solidly rooted in the method he has gone far beyond the original precepts of the Stanislavski system and so many of the practitioners of that approach. His work is divided into two areas, the instrument and the craft. The instrument is the actor replete with obstacles, blocks, dependencies, tension and a host of other issues that make him unable to be free to act. Eric has created over three hundred exercises and techniques to address these problems and liberate the actor so that he can be “free to act”. In addition he has innovated a complete system of craft that addresses and fulfills all the obligations of dramatic material. He likes to say that “the craft leaves no stone unturned”.

He graduated from Northwestern University with a degree in theater and his acting career spans over sixty years wherein he was able to appear in over fifty Equity plays, twenty major motion pictures, fifty network television shows and running roles in one network television series and one syndicated series where he appeared in thirty nine episodes. He has written seven books on acting, placing him among the most recognized acting teachers in the world.

His books “No Acting Please”, “Being and Doing”, “Irreverent Acting”, “Acting From the Ultimate Consciousness”, “Acting, Imaging and the Unconscious”, “The Diary of a Professional Experiencer” and “Freeing the Actor” are used in hundreds of colleges, universities, and acting schools all over the world.
Eric lives with his wife Susana who shares teaching responsibilities with him in their own theater. They live in Los Angeles and conduct workshops around the country and the world.